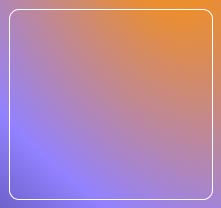 In his first jobs out of college – first at Jones Day and then in the newly-opened west coast office of Lambda Legal – Vincent Cummings gained an appreciation of the influence that lawyers wield and the difference made when wielding that influence on behalf of marginalized individuals and communities. Those early jobs taught him both the technical enterprise of legal practice and the enormous potential that law, in service of a social justice mission, holds to combat inequality and to envision a more just world.

Since then, he has spent over two decades working on – and managing – development and communications teams at a number of community-based and national organizations implementing every aspect of successful external relations program. As Deputy Director of External Affairs at the UCLA School of Arts and Architecture, he collaborated with one of the nation’s top institutional advancement teams as the university embarked on its $4.1B Centennial Campaign. Most recently, he served as Natural Resources Defense Council’s Regional Director of Development, designing and executing NRDC’s comprehensive major gift strategy for the Southern California region and expanding on existing relationships within L.A.’s traditional philanthropic and entertainment communities.