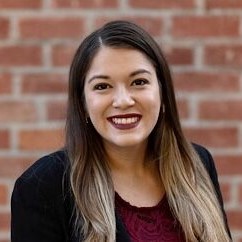 Nadia Segura Narvaez joins Bet Tzedek as Director of the Small Business Development Program. Nadia comes to Bet Tzedek with a wealth of experience. Most recently, Nadia served as a Legal Officer at TrustLaw, the legal pro bono program of the Thomson Reuters Foundation. In this role, she connected high-impact NGOs and social enterprises working to create social and environmental change with law firms and corporate legal teams to provide them with free legal assistance. She also led strategic legal research projects on regional and cross-border issues, with a focus on human trafficking and digital rights. Prior to that role, Nadia served as a Supervising Attorney of the Survivors of Violence Unit at the Central American Resource Center (CARECEN), a leading immigrant rights organization in the United States. Nadia represented survivors of human trafficking and violent crimes before law enforcement agencies and in immigration court. Nadia also worked in private practice as an international lawyer with Cleary Gottlieb Steen & Hamilton LLP in New York and as an in-house counsel in a leading consumer company in Mexico.

Nadia received a Master of Laws from Columbia Law School, where she earned the Parker School Recognition of Achievement in International and Comparative Law. Nadia also holds a Law Degree from Tecnológico de Monterrey in Mexico and a Bachelor’s Degree in Political Science from Universidad Autónoma de Nuevo León. She is admitted to practice in New York, California, and Mexico.