One in Ten Older Americans is a Victim of Elder Abuse

On Friday, June 16, 2017, Bet Tzedek, the California Elder Justice Coalition, and the Los Angeles County Elder Abuse Forensic Center came together in honor of World Elder Abuse Awareness Day (WEADD) to host a Financial Elder Abuse Symposium. Due to the increase of elderly people across the globe (and thus the increase in occurrences of elder abuse), in 2006 the United Nations labeled June 15th WEAAD. The purpose of WEAAD is to unite the world in addressing the tragic reality of elder abuse and to cause individuals to take a stand against it. At the Symposium, there were over 250 service providers, professionals, members of law enforcement, and attorneys present for this day-long opportunity to learn and to network. Here are the key takeaways from the four panels of the day: 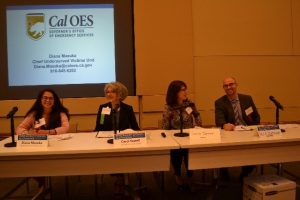 “One in ten older Americans is a victim of elder abuse, and for every victim we know about, there are 23 cases that go unreported,” said Dr. Adria Navarro, an assistant professor at Azusa Pacific University and a member of the first panel of the day. These two alarming statistics serve as stark reminders of why the topic of elder abuse is so critical to address. Dr. Navarro alongside of Dr. Susan Bernatz, founder of Bernatz experts, presented on the Capacity Spectrum for Financial Management in the first panel. They explained that “undue influence” is significant because the vast majority of financial elder abuse is perpetrated by family or caregivers of elderly individuals. Specifically, Dr. Bernatz stated that, “Family and caregivers are often the influence because of access.”

The next panel of the day presented on Criminal Legal Tools for Financial Elder Abuse Victims, highlighting steps one who suspects elder abuse should take. “Report the abuse to Adult Protective Services (APS) and law enforcement concurrently, said Tina Hooks, who is a deputy district attorney in the Elder Abuse Section. Dennis Elmore, a detective at the Los Angeles County Sheriff’s Department agreed with Ms. Hooks and added that the priority should be “…first and foremost to stop the activity” (Report to APS) (Criminal Statutes). 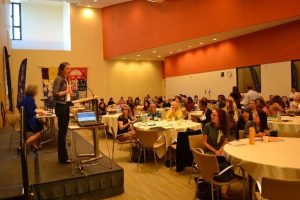 The third panel presented on Civil Legal Tools for Financial Elder Abuse Victims. Kimberly Swierenga, an attorney at Majors and Fox LLP, began the panel by addressing those who fear the long process of litigation regarding elder abuse cases. She remarked that, “just because you’ve had 65 candles on your birthday cake, we get pushed to the front of the line to get litigation started.” Vivian Thoreen, an attorney for Holland & Knight LLP, further built upon this point by pointing out that, “…the elder abuse statutes are there to protect the elder, not his/her beneficiaries (Civil Statutes).

The final panel of the day presented on New Developments in the Fight Against Financial Elder Abuse. Carol Sewell of the California Elder Justice Coalition underscored the grave repercussions that financial elder abuse often has on its victims. The last speaker, Hon. David J. Cowan, a supervising judge, added, “The [ultimate] goal [of our work] is to protect the elder’s dignity.” What can we do as citizens to help this situation? According to Vivian Thoreen, the key to resolving issues of elder abuse is prevention. Individuals should educate their loved ones on scams that target the elderly, educate themselves on risk factors to become more cognizant of the susceptibility of the elderly in your life, and report any signs of abuse immediately.

Kimberly Swierenga concluded with a powerful message: “I think it is important we all are in this together – we know our roles and are unified in this fight.”

The links below can assist you in 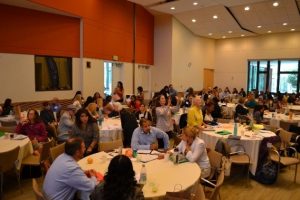 becoming the advocate the elderly in our community desperately need and deserve.

Marisa Sherman is a law clerk as part of Bet Tzedek’s Summer of Justice program. Originally from Sioux City, Iowa, Marissa received her undergraduate degree in Communications Studies and Ethics/Public Policy from the University of Iowa. She is currently a rising 2L at UCLA Law School.